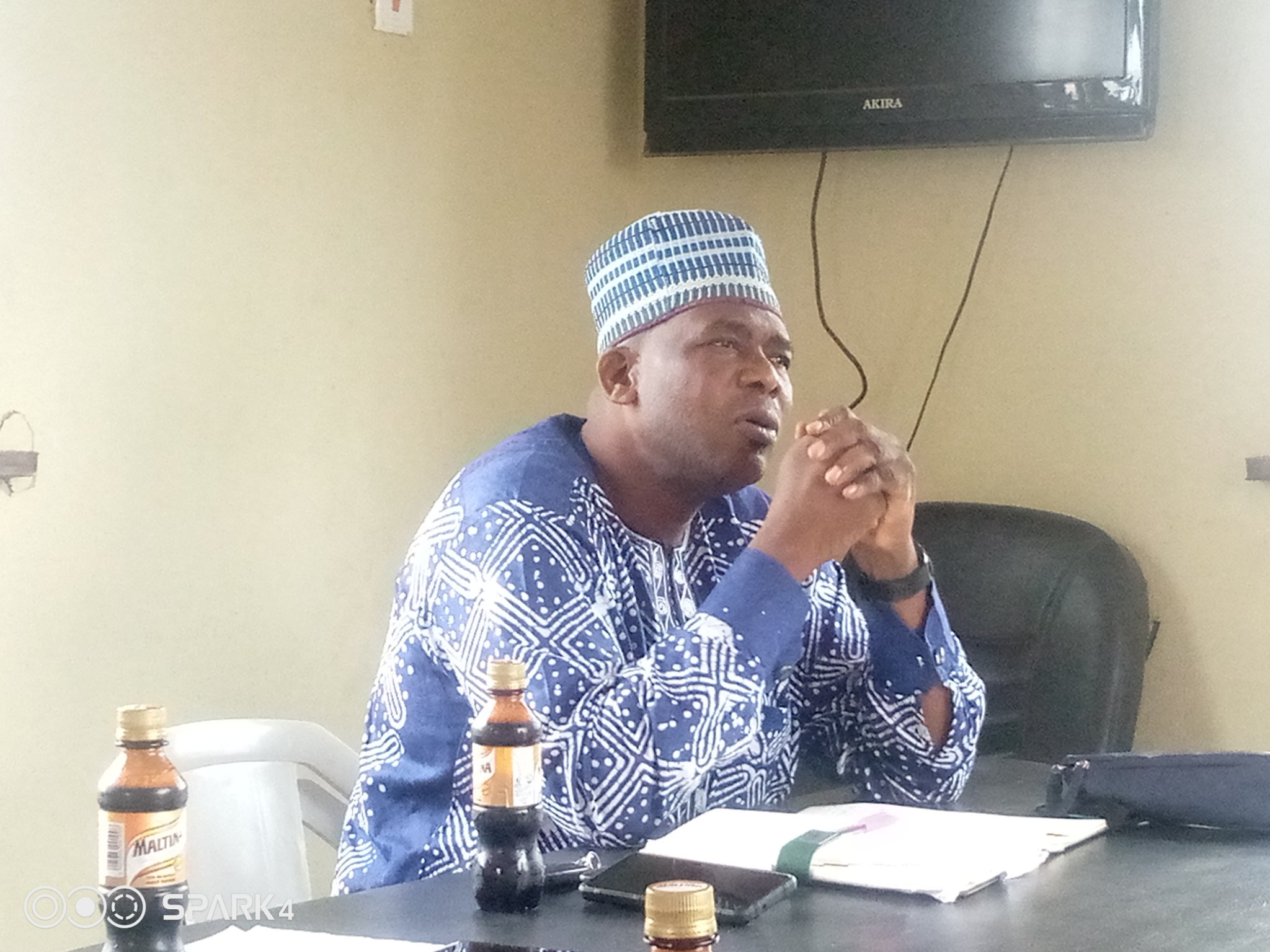 The President & CEO of CRASoN – The Cooperative Rating & Award Society of Nigeria Mr Victor Oyegoke on Monday, 22nd August 2022 led a delegation from the organization comprising of himself, CRASoN Secretary & Executive Director, Ms Victoria Adiaha Akpan and the Provost & Chairman of the CRASoN ACADEMY & College Jurors Mr Muhammed S. Bello to pay a courtesy call to the President of Ogun State Co-operative Federation Limited (OGSCOFED), Alhaji Wasiu Babatunde Olaleye at Abeokuta, to applaud him on the great work he has been doing since he was elected OGSCOFED President with his team.

In addressing the OGSCOFED President, Mr Oyegoke said he has been following the activities of OGSCOFED led by him in the State Cooperative Movement online since he emerged. He discovered that he is a true leader that understands what leadership entails and is well prepared and grounded in development works. He also noted that human capital development is paramount to him as he sees how much emphasis the OGSCOFED President is committed to investing in the State Cooperators, Board, Employees and even the Masses in line with the cooperative principles of Education, Training & Information.

He then pleaded with the OGSCOFED President for support of their projects and programmes as he stated that in 2018 when the CRASoN debuts with the maiden edition of the Annual National Cooperative Awards, Symposium & Exhibitions held in Lagos State, OGSCOFED led other primary Cooperative Societies in the state to participated in the event and won many National Recognition and Awards that year

.To buttress the mission and vision of CRASoN the Chairman of the College Jurors Mr M.S. Bello stated that what we are doing as an organization is to complement the work of the regulators and operators within the Cooperative Sector, to help build a virile and sustainable cooperative organization that can participate fully in the activities of the movement, he said as a retired Coop regulator after spending 35years in service, he is in the position to speak from both angles of an operator and a regulator.

Welcoming the CRASoN delegation to Abeokuta the Ogun State Capital, the President of Ogun State Co-operative Federation Limited (OGSCOFED), Alhaji Wasiu Babatunde Olaleye, expressed his delight at the visit and reiterated the willingness of his team to work with CRASoN – The Cooperative Rating & Award Society of Nigeria in fulfilling its aims and objectives and salute the doggedness and tenacity of the CRASoN Founder & CEO in setting up a such organization.

In his response to some of the problems identified by CRASoN, he made them know that his administration has embarked on Data Collation within the state organically using technology. He stated; “as part of what our Administration inherited from the past Administration of OGSCOFED Limited is OGSCOFED Digit. The software application was launched on Wednesday, 29th September 2021 to improve the effectiveness and productivity of all aspects of our Cooperative activities, to make our Cooperative Movement activities and operations more transparent and accountable, to replace traditional bureaucratic processing with processing equipped with timely and up to date information for decision making which will help reduce redundancy and save cost and many others. More so, OGSCOFED keeps collating data to know the total loan transactions we made in our various Co-operative Organizations in Ogun State, as a matter of fact in COVID rapt year 2020 our data shows we injected over N42Billion into the Ogun State economy, of which is an advocacy tool that will allow the Federation to have a good dialogue with other Stakeholders including Government to see the need to support us”.

Alhaji Olaleye added that “according to the survey conducted by the German International Cooperation (Deutsche Gesellschaft für Internationale Zusammenarbeit (GIZ) GmbH) in Ogun State shows that more than 26% of the MSME gets funding from Co-operatives, not that alone, even Startup businesses also derives their finances from Cooperatives which is what he used to challenge the GIZ to partner with OGSCOFED to train its board, employees and member societies management committees. We need to add value to our Co-operative Organization and in this regard, we have been replicating the training gotten from the GIZ- ORGANIZATION DEVELOPMENTAL TRAINING (step-down to all OGSCOFED limited branches) in Ogun State,  we are planning to launch the #CoopPay – a Digital Payment Platform for Cooperative Societies in Ogun State that will save them from unnecessary COT and deductions from banks as charges to the tune of over N150Million. This is part of the technology transfer we got when we travelled to Germany and visited one of the state coop federations and banks called the Volks Bank. We have started working on the #7thCoopPrinciples which is Concern for Community as we have commenced the sensitization and our team is going round to collect our member’s inputs regarding that, in some societies it was agreed to always have between 5% to 10% deducted and shared between the tiers of the coop in the state to implement any project of their choice within their community as giveback”.

The climax of the visit was when The President & CEO of CRASoN Mr Victor Oyegoke accompanied by CRASoN Secretary & Chairman College Jurors presented two of his Book titled “COOPERATIVE BUSINESS MODEL: The Basic Elements You Need to Know and COOPERATION: The Pathway to Success” to the President of OGSCOFED Limited, Alhaji Wasiu Olaleye and the Executive Secretary of OGSCOFED Limited, Mr David I. Ayelabola ficp. Also, OGSCOFED President accompanied by the President of  Ife Oluwa Idi-Aba (Abk) Cooperative Multipurpose Union Limited then led the team to visit the Unions Bottled Water  Factory including a Mini Plastic Bottle Manufacturing Plant situated within the premises of the Ife Oluwa Idi-Aba Cooperative Union Head office in Abeokuta, Ogun state. .

In concluding his statement, the OGSCOFED President urged the CRASoN team to keep up the good work: “You have started out on a beautiful note and I urge you to carry on this way, exhibit decorum and decency in everything you do because, in life, you will either be remembered for the problem you created or the problem you solved. We will support you in your endeavours”.