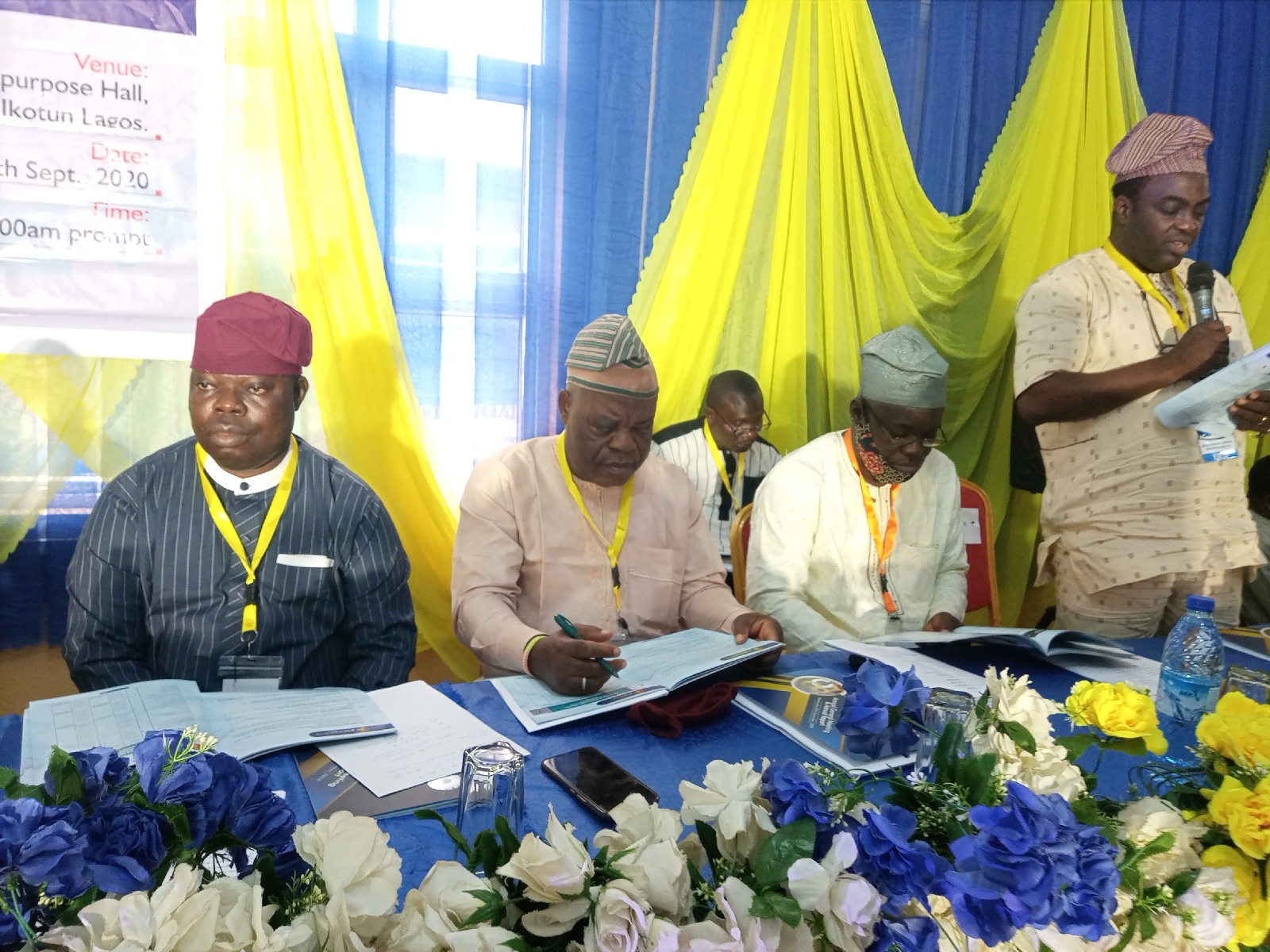 The event was held at the Sir Gabriel Orororo Multipurpose Hall, Ikotun Lagos, where Cooperative members and leaders from the cooperative movement – LASCOFED were in attendance including the regulators from the Lagos State Ministry of Commerce, Industry and Cooperatives.

Mr. Lateef Olubodun Oloto, the outgoing President of the society at the event, said it was an important occasion, being the last in the life of his administration. He also used the opportunity to introduce the incoming president in the person of the outgoing General Secretary, Mr. Mobolaji Zaccheaus.

Oloto said the society faced few challenges under the year in review based on the state of the economy pre and post COVID era by receiving increased loan requests from members, but stated that the management under his leadership faced all the challenges squarely, ensuring all members got their loans disbursed to them as at when due

He said his administration ensured the society invested in diverse portfolio assets and other profitable investments with the hope of further creating wealth and resources for the society.

He announced that the society has recorded increased application from intending members, even as he noted that membership of the society as of December 31st, 2020 stands at 13,630.