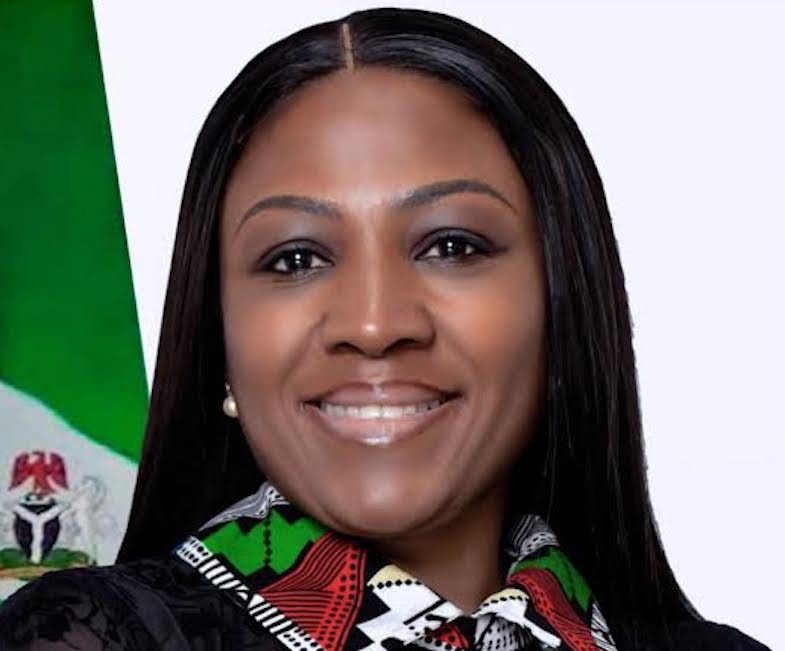 … courtesy of the performing pragmatic Commissioner who has been delivering on her promises of bringing innovations and creativity into governance at the ministry.

The Edo State Ministry of Trade, Industry, and Cooperatives, for the first time in the history of the ministry, marked the UN International Day of Cooperatives like its counterparts across the world did on the first Saturday of July the 2nd 2022. It was indeed a great day to celebrate!

The performing pragmatic Commissioner of the Ministry for Trade, Industry and Cooperatives, Hon. Afishetu Braimoh has been delivering on her promises of bringing innovations and creativity into governance since her coming into the ministry actually made the Cooperative Day a remarkable and memorable one in the State and the Edo Cooperators appreciated her moves by participating tremendously in every activity lined up for the event.

Among the activities for the day monitored by our correspondent were keynotes and Lecture deliveries by top government dignitaries and development partners, Exhibitions of Products and Services made by the Cooperatives, and an Awareness Walk/Rally for the public to know more about cooperatives in the state and how to register and become members.

The Edo State Cooperative Federation Ltd President in the person of Comrade Filani Ojo was so elated about the event and see it as a good collaboration between the government and the cooperative movement in the state which to him is a welcome development that would harness more benefits to the federation members and seek for greater synergy between the ministry and the movement in the future to organise more events.

Comrade Filani said, essentially, that International Cooperative Day is marked by cooperatives worldwide since 1923 and officially proclaimed by the United Nations General Assembly on the centenary of the ICA in 1995, the International Day is celebrated annually on the first Saturday of July.

The International Cooperative Day is an occasion to educate the public on issues of concern, mobilize political will and resources to address global problems and celebrate and reinforce the achievements of humanity.

It aims to increase awareness of cooperatives and promote the movement’s ideas of international solidarity, economic efficiency, equality, and world peace. Since 1995, the International Cooperative Alliance (ICA) and the United Nations through the Committee for the Promotion and Advancement of Cooperatives (COPAC) have jointly set the theme for the celebration of International Day of Cooperatives

Through International Cooperative Day, local, national and global policymakers, civil society organisations and the public, in general, can learn about the contribution of cooperatives to a secure future for all.

The Hon. Commissioner was quoted saying “her ministry is focused on reinvigorating the cooperatives movement, having realised its pivotal role in jump-starting the local economy as well as promoting the “Made in Edo goods and services” policy of the state government. She added that the governor has never hidden his love and passion for ensuring these efforts come to fruition.

While speaking on the importance of Cooperative Societies, she said it is the “life wire of the nation’s economy”.

She further noted, “If you talk about the benefits of being in a cooperative, they are numerous, but a few examples would suffice here: for instance, we know it is practically impossible for one or two persons to form a cooperative, however, a minimum of 10 can form one and register it with the ministry.

“Once they do so, they are then able to support one another financially, build capacities, sustain their immediate community, and easily access grants and loans from global organisations. Most importantly, they become critical to the success or otherwise of our *Made in Edo* export promotion.

“You need not be educated to be a member of a cooperative society. All you have to do is to come together as a group of 10 or more, irrespective of whether you are domiciled in the rural or urban centres. We are digitalizing the process of registration so that they do not have to come to the ministry anymore.

“At the touch of a button, they can get their cooperative movements registered online. The ministry has trainers, verification teams, and others who can be deployed on-demand to render technical support.

“Also, we issue certificates once you are registered with the ministry and such certificates can also serve as collateral for loans”, she said.

Edo State Cooperators were happy about the celebration that was officially organised for the first time between the State Government and the Cooperative Movement.